The Enzo Ferrari museum was a place that I was definitely looking forward to visiting. Having grown up in Indianapolis and having a family involved in the racing industry, car racing has always been something that grabs my attention. Formula 1 used to race in Indianapolis and I always remember a driver for Ferrari was standing on the podium in the winner’s circle. From a young age I knew that Ferrari was known for excellence and luxury and that is exactly the impression I got at the museum in Modena.

My group started our tour in Enzo’s house… you read that correctly the house he was born in! The museum today is an extension of his childhood home and that is where the evolution of the Ferrari logo is housed, his office, the engines and three Ferrari cars. While in his house we learned about how passionate he was about cars. His family was willing to sell his house in order to financially support his racing career. Obviously this was a great investment as his legacy carries on today and produces around 8,000 beautifully manufactured street cars each year. 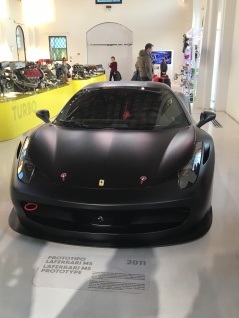 In the second section of the museum we were lucky enough to see a  Ferrari collection that had been donated private owners. Eddie Murphey and Eric Clapton were two of the owners that generously parted with their cars for a year. Eric Clapton’s Ferrari was one of kind- literally. He had a custom built Ferrari that was a combination of two models that he liked and it is worth over $400 million. It was an honor to be able to see such a masterpiece because our guide told us that it would be returned to Clapton by February. This room full of cars was also amazing to see because there were street cars from every decade since the start of Ferrari. Our tour guide talked to us about how in the 80s there was a heavier influence from the straight lines from American cars, or in the 90s Enzo made what was to be considered ‘if God were a car’ and even up until the most recent decade was a collaboration car between Ferrari and one of their most successful race car drivers, Michael Schumacher. I will never forget my experience at the Ferrari museum. 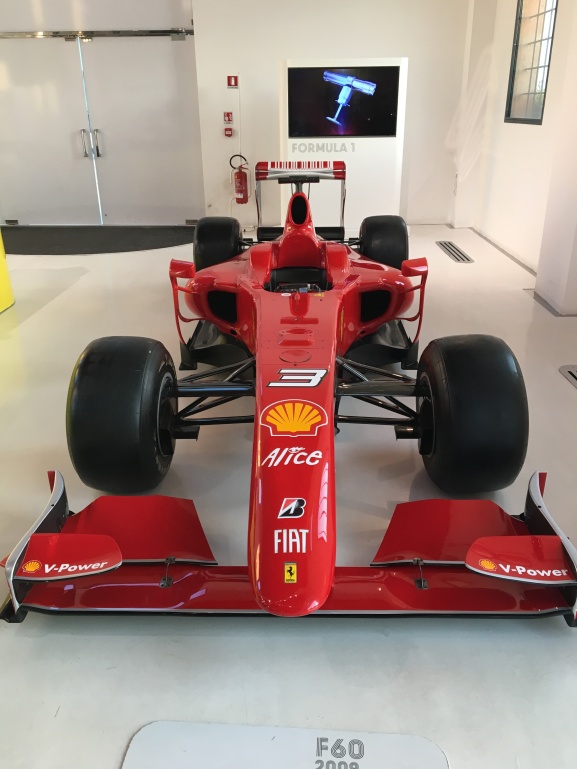 View all posts by lexilewisblog13